What Is the History of the Modern Air Conditioner? 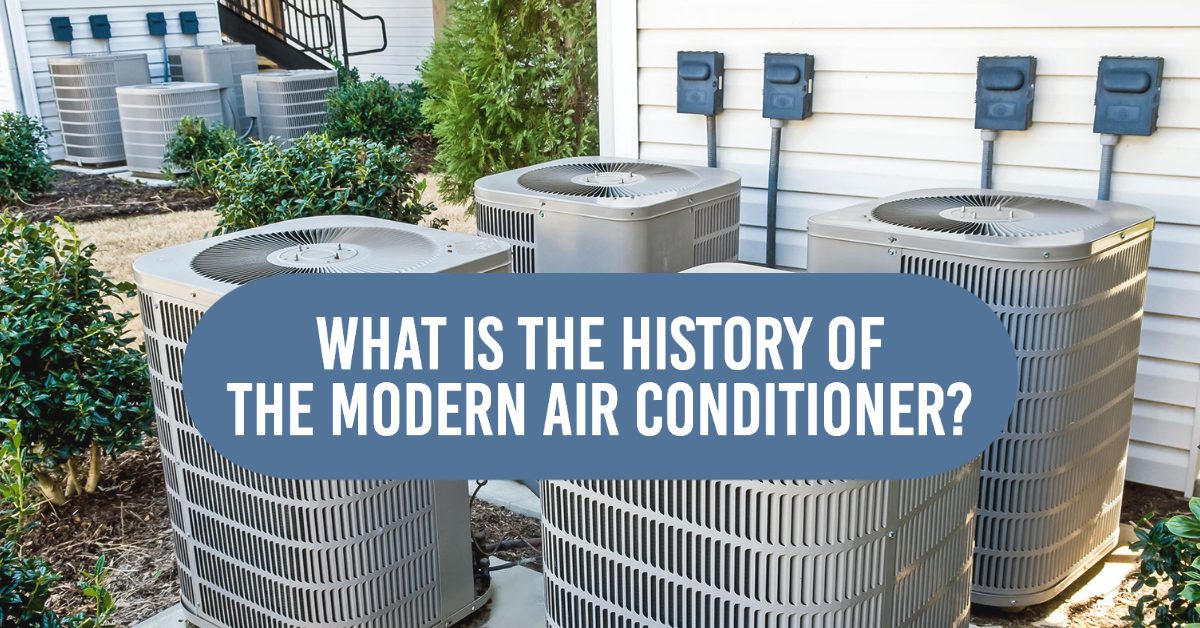 What Is the History of the Modern Air Conditioner?

Over the past couple of weeks, the heat has been excruciating. Temperatures have been in the 90s! Can you fathom how uncomfortable it would be not to have a functional A/C system in your home? Daily activities such as chores, reading a book, or even taking a nap would be highly uncomfortable. Taking the necessities we have for granted is easy and goes unnoticed until suddenly, that very thing we grew so accustomed to is not working or unavailable to us anymore. Have you ever thought, “Just how did the air conditioner concept occur?” Well, back in the day, when cavemen were cold, they ignited a fire by rubbing sticks together to stay warm. But trying to cool down in the midsummer heat? That’s a whole different history lesson! So come with your Clayton-Englewood Heating & Cooling experts as we journey back through some monumental landmarks and review the history of the modern A/C.

Where Did the Concept Of Cool Air Originate?

The cool air concept cannot be attributed to a sole person or civilization. From the beginning of time, the scorching heat has been tormenting people everywhere. There are, however, several significant moments in history that are worth addressing:

Who Founded the Air Conditioning System?

Willis Haviland Carrier has been dubbed the “father of air conditioning.” He was a talented engineer intrigued with the laws of humidity. So when a printing factory in New York needed their printing press to be kept cool to preserve paper and ink, Carrier developed the concept of mechanical refrigeration. He pulled different ideas from the discoveries before his time; thus, his invention was a huge hit. It sent air through coils full of cool water, which lowered the air and removed moisture from the surrounding atmosphere. This led to better-controlled humidity in the room. Carrier’s invention was a pivotal moment in the modern A/C. As a result, in 1933, the Carrier Air Conditioning Company of America was forged. Today, this HVAC brand is known as Carrier.

Modern A/C systems may have progressed a long way, but they use the same fundamentals Carrier’s first design used. You could say that his invention set the blueprint for air conditioners thereafter. Fast forward to today, homeowners can now pick from a variety of A/C units. Today’s A/C units today:

According to the Energy Consumption Survey that was taken in 2020, 88 percent of American households have air conditioners in their homes. What has once been considered a luxury is now a basic necessity to many. Without a functioning A/C system, quality of life and health can be negatively affected. At Clayton-Englewood Heating & Cooling, your safety is our top priority. If anything happens with your A/C this summer, we are ready to tackle whatever the summer heat throws our way! So, call us at (937) 412-2911, or schedule an appointment online now by clicking here!